Feedback Forums
For general feedback about the game.
Steam Support
Visit the support site for any issues you may be having with your account.
Contact the Team
To contact us directly about specific matters.

Today’s winners may all come with a certain degree of controversy. Here are three standout sets that have beaten very close competition to clench victory. 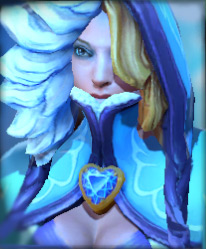 It is little known of Crystal Maiden, that in her long study of the Frozen Arts, she once greatly displeased her Ice Wizard master and to restore herself to his graces and prove worthy of his instruction, she passed a year dwelling in the climes of slush where the Blueheart Glacier spends itself at the edge of the Boiling Sea. Here, where snow had never fallen, Rylai spent months in deep meditation, mastering her powers, before waking one afternoon with a single frigid word upon her lips: „Snowdrop!“ For a moment, the steam that filled the air turned to ice, and the warm precipitation became a softly falling snow. When she returned to her old teacher, she found him waiting with a smile, fully aware of the magic she had wrought, as he presented her this outfit to show her worth and mastery.

Belle of the North Star (created in part by the TF2 polycount winner Chemical Alia along with her cohorts Dry and jCool) was the hands-down winner of the community’s affection and votes. 5129 ratings with less than 1% downvotes. An impressive run for a professionally executed set, bold in its re-envisioning of Crystal Maiden as a confident and wealthy princess. There is a lot to like about the entry from the ornate but extremely readable cloak to the intricate portrait presentation. We know Belle is a fan favorite and one we expect to find its way into the game soon.

So it may be with a certain note of controversy that we announce the selection of Anuxi’s Snowdrop as our favored winner (pushing Belle from the winners circle due to our decision to focus on a broad set of heroes). Anuxi has crafted something really special. We love the way Crystal Maiden’s cape has been reinterpreted as a pair of fluffy tassels, changing the shape of the hero and really pushing on her design while maintaining readability (the tassels outline the cape’s profile and profiles are a critical component to at-a-glance recognition). The portrait is awesome, with the fluffy hood contrasting a wayward lock of hair. Here is a truly beautiful and mysterious ice witch, one eye and mouth occluded. Snowdrop is a perfect example of redefining a hero without changing her identity and doing so with an ‚our artists wish they made this‘ level of execution. 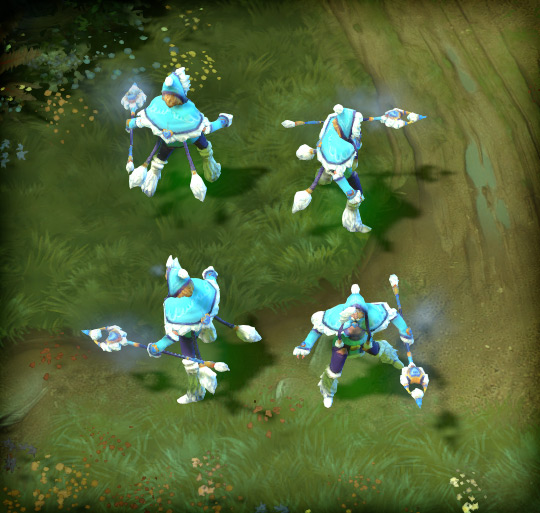 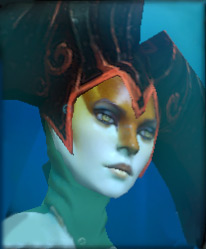 No Slithereen may fail. Though Slithice swam victorious at the battle of Crey, a single jeweled chalice was taken. The punishment for the lost bauble: banishment. So she wandered the deeps, bitterly searching for the chalice, and where once dwelt honor and humility now crept the tendrils of cruelty and malice. If she was to be exiled, then so be it. She shed the lighter tones of her ancestral armor, instead taking up darker armaments, and all who looked upon her felt the indomitable will of the exiled siren.

Our selection of ENODMI’s Naga Siren „Exile“ may come as a surprise. After all, Anuxi won hearts with two brilliantly presented sets for Naga the Slithereen Knight and Empress of the Deeps and PsEuDo’s Tempest entry captured our attention with bold use of color. (We should point out that we have no restriction on any one contributor winning multiple times with multiple entries.)

Exile is an example of an entry that defies expectation. ENODMI has chosen to work with two colors that are not prominent in Naga’s palette: dark green and blood orange. Despite the challenges this poses, the set excels when viewed in game, under motion. Good decisions can be found throughout. The wide, crimson tipped helm enhances Naga’s undulating fish-like motion. The colors add contrast and pick out the armor against Naga’s skin tones. A dark belt separates Naga’s upper and lower torso, but the armor pieces don’t occlude her chest creating a bright vertical line that helps preserve readability. The swords are heavy and grim, far more evil looking than the delicate blades we normally attribute to the Naga Siren. At the same time, not so heavy as to be unbelievable or silly. The blood orange edges of the armor and light edges of the blades help cut the character from the scene’s background. Here is a dark set that looks as good on Dire ground as on Radiant – a detail many contributors overlook. Naga’s story is not a happy one and the Exile set captures the darkness in this character’s heart. 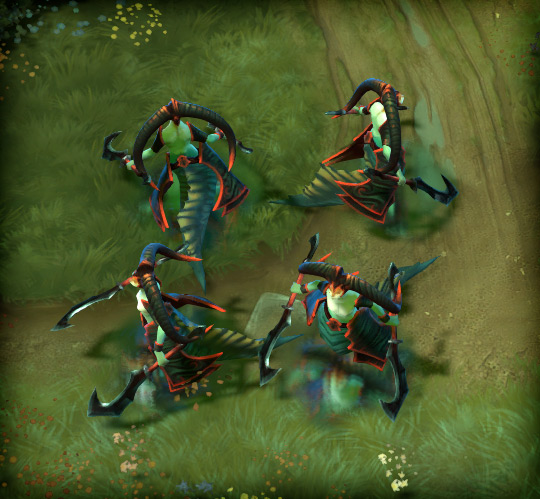 And the contest’s sixth winner… 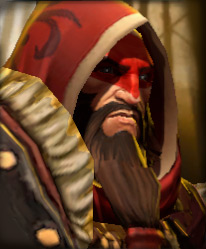 Since escaping bondage in kingdom of Slom, Beastmaster has always drawn strength from the natural world around him. When other heroes turn to steel or magic, Beastmasters turns to more ancient implements: feathers, leathers, bones and fur. With these primitive tools, he’s proven his worth against even the most well-armed knight.

Beastmaster received a couple of high quality entries that we want to comment on. One standout was the ‚Fierce Warrior‚ set from T_Vidotto. Both of the critters impressed us, but ultimately we felt the set didn’t try to press on Beastmaster’s identity as a hero. Another worth noting is peppi’s ‚Curse of the Cryptid’s‚ set. The execution on peppi’s entry is extremely professional, but some choices made us feel the bold design was inconsistently applied (such as the cleavers).

Red Talon, by comparison, is an entry to take on all comers. The vibrant red hood is sharp, with great execution both in color and in the modeling. Hoods are hard to get right. Modeling the way cloth frames the face without occluding expression or making it so wide it looks unnatural takes attention to detail. Tickwomp has nailed it. Another nice touch are the three feathers that adorn the back of the hero. These add contrast and interest and also enhance the downward directional pattern established by the hero’s ponytail and shoulder strap. The attention to detail and thoughtfulness in this set makes it stand above competing entries from other heroes. 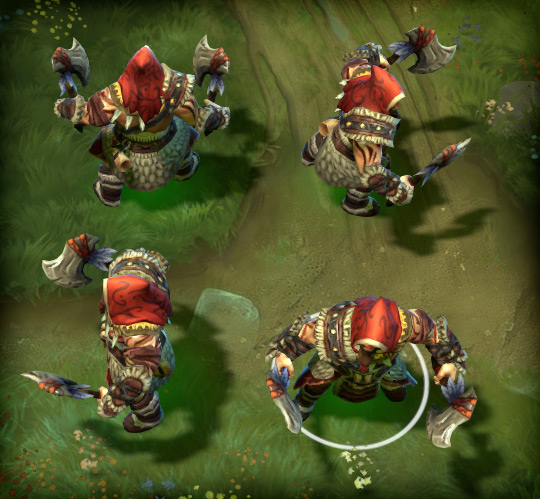 Remember to check back tomorrow for four more winners!